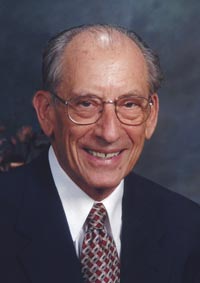 of Chelsea, Michigan, age 94, died Tuesday, February 12, 2019 at Chelsea Retirement Community.  He was born February 25, 1924 in Pittsburgh, Pennsylvania, the son of Richard Sohn Bock and Cora (Watters) Bock.  After graduating from Oakdale High School in Oakdale, PA, he joined the Army Air Corps and served as a navigator on B-24s in the European Theater during World War II. Following his military service, he graduated from the University of Pittsburgh with a degree in Business Administration. He and his high school sweetheart, Betty Ann (Young), were married on December 26, 1947 during his school break. After college, with his business degree and experience working in the family dealership in Oakdale, he began a 36-year long career with the Chevrolet Division of General Motors. He started in the Pittsburgh Zone Office and then moved to the Buffalo Zone Office a year later. All three of his children were born in Buffalo, then in 1963 he moved to the Detroit Zone Office and ultimately in 1970 to the Chevrolet Central Office from which he retired in 1985 as the National Consumer Relations Director.

Harve took an active role in the Presbyterian churches he and Betty belonged to, serving as an Elder, Deacon, and on church development boards. In retirement, he was involved with Score and GM Club.  Harve loved the out of doors, the family farm in Pennsylvania, golfing, skiing, and sharing with family and friends the Frankfort, Michigan condo he and Betty enjoyed.